I support people with presentation training to strengthen and deepen their personal performance. Anyone who goes on this quest with me needs to have a desire to tread new and unknown paths.

Melanie Lüninghöner was born in Leverkusen in 1979 and trained as an actress at the Max Reinhardt Seminar in Vienna, where she graduated in 2006. During her studies she received the ensemble and solo prize at the 2005 Schauspielschultreffen in Frankfurt for Martin Crimp's ?Attacks on Anne? in the production by Hermann Schmidt-Rahmer. Her first engagement took her to Freiburg, where she was permanently engaged from 2006 to 2009. There she worked with directors Marcus Lobbes, Christoph Frick, Felicitas Brucker and Thomas Krupa, among others. Guest engagements followed at the Staatsschauspiel Dresden ? the world premiere of ?Für alle reicht es nicht? by Dirk Laucke directed by Sandra Strunz was invited to the ?Mülheimer Stücketagen? and at the Neuköllner Oper. With Jürgen Kuttner she performed the 2009 evening "Election Fever? Wouldn't I say so!" at the Volksbühne Berlin's "Prater". In the 2010/2011 season she was engaged at Schauspiel Dortmund. From 2015 to 2017 she was a member of the ensemble at Theater Freiburg, where she last appeared as Richard the Third in 'Schlachten? (directed by Christoph Frick) and as Wassa Schelesnowa in the play of the same name directed by Tom Kühnel. Since 2017, Melanie Lüninghöner has been working freelance as an actress and as a systemic coach in business. Source: https://www.theater-essen.de/tup/mitarbeiter/melanie-lueninghoener/

elccon network
Welcome to our elccon blog! We, that is colleagues from the elccon network and other authors. Here you can read the latest news from our blog author champions. We are diverse in every respect! Change Managers - Consultants - Facilitators - Trainers - Coaches - Therapists - Lecturers - Lawyers - Health Consultants
Favourites 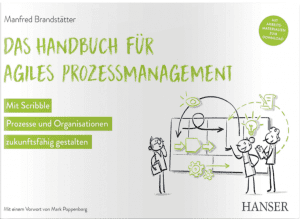 The manual for process management by Manfred Brandstätter

Farid El-Nomany - Change Manager & Coach As a top management thinking and sparring partner at eye level, I design your change project (change architecture). I accompany you like

Never miss an elccon CAMPUS update again! We inform you directly and unfiltered via our elccon newsletter!

Do you need support for your Change?

Collaborate with our experienced consultants network.
You are very welcome to get in touch with us!